SEVEN STRINGS OF THE RUSSIAN SOUL

GUITAR PROJECT FOR PROFESSIONALS AND AMATEURS
The goal of the project aims to promote and support the art of playing the Russian seven-string guitar for amateur and professional musicians in Russia and abroad.
Read more 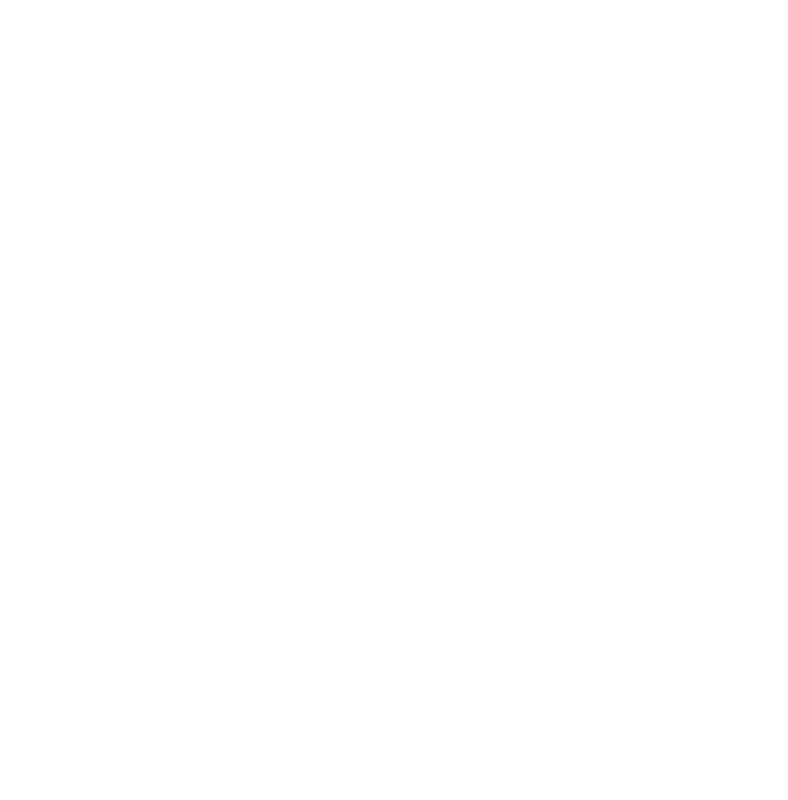 OUR TEACHERS
We love to play guitar. We know all about the seven- string guitar. We love to teach guitar!
Vladimir Markushevich
Laureate of international music competitions,
«The Russian Guitars Duo»

Read more
Alexey Stepanov
Guitarist/composer, laureate of all-russian and of international music competitions, artist of the Vertograd ensemble
Read more
The appeal of the artistic Directors of the School of the "Russian Guitar" at the Cultural Center "Russian Forest"
BOOK YOUR ONLINE LESSON TODAY
We will select a date, time, and teacher for You
Online School "Russian Guitar" is always open!
COMPETITION
No entry fee and no age restrictions 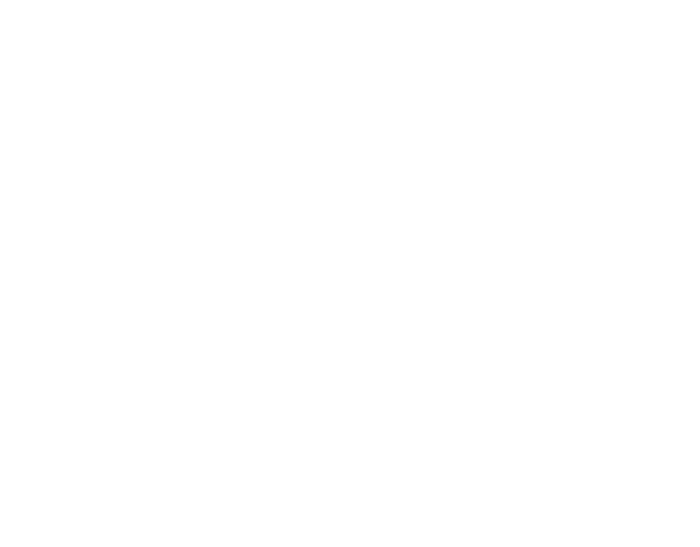 ДОГОВОРИТЬСЯ об онлайн-уроке
Оставьте нам свои контакты, мы перезвоним
Vladimir Markushevich
Born on May 25, 1971 in Moscow. Graduated from the Gnessin State Musical College (class of Lev Menro). In the early 1990s, Vladimir performed with a solo program at guitar music festivals in Chelyabinsk, Mariupol, Poltava, Mirgorod. Later on he started working as an accompanist in the The Album is a Monument to the Soul programs, with actor Boris Plotnikov, People's Artist of Russia, who starred in the Heart of a Dog movie as Dr. Bromenthal, as well as working with Galina Uletova, Honored Artist of Russia. In 2005, he toured with A. Vedernikov, People's Artist of the USSR, from 2006 to 2007, going on tour with A. Kolpakov, Honored Artist of Russia and the Leading Artist of the Romen Gypsy Theater. He played in many concert halls and historical museums around the country.

Vladimir promotes his instrument as a performer and a researcher. He put together a musical guitar library, collecting sheet music, recordings of the Russian guitar performers, played and recorded the sound of several historical instruments from the collection of the Glinka National Museum Consortium of Musical Culture (guitars of F. Shalyapin, Andrey Sikhra, the Tanya-the-Gypsy, etc.), made a series of radio programs about the Russian guitar on People's Radio, Voice of Russia, Echo of Moscow and others. In 2002, together with Vadim Krasnov, he recorded the Russian Guitar Music of the 19th Century for One and Two Guitars album, which became the soundtrack to the Pomegranate Bracelet radio play (directed by Viktor Trukhan). In 2006, as part of the Seven Plus Six duo with Evgeny Pushkarenko, Vladimir recorded the Russian Guitar Music - the Golden Repertoire of the Seven-string Guitar of the 19th-20th Centuries album.

On October 19, 2007, together with Nadir Shirinsky, President of the Izumrud Russian Romance Association, Vladimir Markushevich organized and held the First All-Russian Festival of the Russian Seven-string Guitar Performers in Kineshma. On March 28-29, 2008, jointly with Andrei Pichugin, Vladimir was actively involved in organizing the First International Competition of the Russian Seven-string Guitar Performers ("And With that Old Dear Thing, With That Seven-string"), named after the outstanding Russian guitarist Sergey Orekhov, in Zhukovsky near Moscow.

In 2009, at the First Russian Guitar in the XXI Century International Seven-String Guitar Festival, a duo was formed with Vladimir Sumin.

During the concerts, Vladimir Markushevich talks about the pieces he plays and the composers who wrote them, which creates a special candid atmosphere between the musician and the audience, gives the concert the air of salon music making, so characteristic of the musical life of Russia in the 19th century.

Apart from performing in concerts, Vladimir is also engaged in teaching. A gifted teacher, he offers classes to people of different ages learning to play both seven- and six-string guitars. His students often become laureates of all kinds of competitions not only in solo nominations, but also as part of the children's guitar orchestra formed by him.

In 2015, Vladimir Markushevich became one of the main initiators of creating the Russian Guitars ensemble, in which he performs to this day.

Since 2019, on the initiative of Vladimir Markushevich and like-minded people, with support of the Russian Forest Cultural Center and the Presidential Grants Fund, the Seven Strings of the Russian Soul project was launched and the Russian Guitar School was opened.

Please feel free to watch an interview with Vladimir Markushevich at the link below: http://oreshinguitars.com/gitarnye-stati/intervyu-s-vladimirom-markushevichem/
Vladimir Sumin
Born on February 16, 1972 in Alma-Ata, in 1980 moved to Rostov-on-Don. Since 2009, Vladimir has been living in Moscow. He has been playing the seven-string guitar since he was 10 years old, and is now a promoter of the Russian seven-string guitar and the Russian style of playing. He learned how to play guitar with an outstanding teacher, Leonid M. Krivonosov. After graduating from music school, Vladimir entered the Rostov School of Arts. Over the years of study, he became a laureate of several guitar competitions. He played a lot in ensembles and accompanied vocalists. In 2008, he became a laureate of the Zhukovsky 2008 First International Competition for Russian Seven-String Guitar Performers. Since 2009, together with Vladimir Markushevich, he founded the Russian Guitars Duo. The ensemble's repertoire is mostly based on the works of the Russian virtuoso guitarist Sergey Orekhov. In 2013, he collaborated in filming and dubbing of the Pyotr Leshchenko. Everything That Was… series, with Konstantin Khabensky in the lead role. Vladimir Kott, the director of the film, decided to work with actual professional performers in the roles of musicians of the singer's band, as opposed to hiring actors.
Here is the link to the songs featured in the series

In 2014, he took part in a documentary about the production of electric instruments at the Moscow Experimental Factory of Musical Instruments in the USSR.

In 2014, at the invitation of Yamandú Costa, an outstanding Brazilian guitarist, Vladimir took part, jointly with V. Markushevich, A. Stepanov, K. Morozov, V. Azhikulov, A. Bardinoy, in the filming of a Brazilian television documentary about the history of the seven-string guitar.

In 2019, an anniversary concert of the Russian Guitars duo was held, with colleagues, friends and students in attendance, featuring a good friend of the duo, Tatiana P. Filimonova, Honored Artist of Russia.

From the age of five, Aleksey attended piano lessons. Aleksey's father has always been very fond of classical music, and he was the one who first shared the records of A. Segovia and A. Ivanov-Kramskoy with his son. The classical and folk music upbringing allowed Aleksey to enter the Moscow State Children's Music School No. 103 (classical guitar) at the age of thirteen, in spite of his great passion for rock music (namely Beatlemania).

Aleksey was lucky to study with an outstanding teacher Oleg V. Nazarenko (along with V. Petrenko, F. Akopov, L. Shumeev and E. Larichev, one of the first graduates of A. Ivanov-Kramskoy's class at the Moscow Tchaikovsky State Conservatory college). Among the graduates of O. V. Nazarenko, are such musicians as D. Illarionov, teacher of the Gnessins' Russian Academy of Music, and A. Kuznetsov, Head of Guitar Department of the Dunaevsky Music School.

Under the guidance of Oleg Vitelievich, Aleksey Stepanov graduated from a music school as an external student, became a laureate of the 1993 Classical Heritage All-Russian competition and entered the Moscow Tchaikovsky State Conservatory college, class of N. A. Ivanova-Kramskaya. Together with fellow-students M. Kornishin, V. Naletova, V. Domogatsky and V. Kornishin, Aleksey becomes a concert musician of the Classical Guitar Ensemble headed by Ivanova-Kramskaya.

The ensemble takes an active part in Moscow festivals of guitar music, as well as in the Minstrel festival (Vitebsk, Belarus) and the Youth of the Planet festivals (Varna, Bulgaria and Vilnius, Lithuania). Natalya Ivanova-Kramskaya encouraged her students to study rare guitar literature, often by Russian and foreign authors never performed before.

Unexpectedly for Natalya, introduction to such music somehow led to Aleksey's interest in the Russian seven-string guitar, which later turned into a strong desire to learn how to play this instrument. The seven-string guitar, specially commissioned by A. Stepanov, was made by the Moscow master guitar maker Vladimir I. Chudaev. Aleksey learned how to play the instrument on his own.

In 2008, A. Stepanov took part in the First Zhukovsky International Russian Seven-string Guitar Competition named after S. Orekhov, where he won the title of laureate of the III degree. As a member of Oleg Timofeev's guitar quartet, A. Stepanov takes part in seven-string guitar festivals in Iowa (USA), also performing in Western Europe (Germany, Switzerland, Luxembourg, France). The ensemble performed at the Segovian Hall in Evanston (USA). A. Stepanov forms the Moscow Romance – a vocal and instrumental ensemble featuring singer Elena Ermakova. The ensemble performed at the concert halls of Moscow and on the philharmonic stages of Kazan and Saransk.

As a teacher at the Moscow Dunaevsky Children's Music School, A. Stepanov trained K. Morozov, a gifted performer, who, along with the six-string guitar, plays the Russian seven-string one.

Stepanov is known for his own compositions. His creative baggage includes not only pieces for the Russian guitar, but also those for folk and string instruments, piano, a philharmonic orchestra and song material. Stepanov's works are included in the repertoire of many famous performers. In 2017, A. Stepanov became a laureate of the 1st degree of the International Guitar Virtuosos Competition (St. Petersburg) in the composition nomination. The composer's style can be described as neo-folklorism.

The desire to synthesize folklore and modern music led A. Stepanov to create the Vinyl Sun rock group. In 2018, the group released their album "Belt of the Star Bridge", featuring tracks by A. Stepanov. Aleksei Stepanov is the author of the "School of Playing the Six-string Guitar" book and the large "School of Playing the Russian Seven-string Guitar" edition in three parts. At the moment, his publications can only be specially ordered from the Moscow Russian Guitar Club.